Mercedes redesigned the Vito light commercial van and relaunched the rear wheel drive commercial in 2004, a significant improvement on the front wheel drive predecessor. The predominant engine was the OM646 4 cylinder turbo diesel engine which has proved itself reliable and tough. The Mercedes Vito was also offered with a V6 petrol and a V6 diesel engine. The V6 diesel engine is a very powerful offering, however regular servicing at no more than 10,000km intervals is required. Failing to do this and using the correct oil will result in the failure of the DPF – Diesel Particulate Filter, which can cause excessive heat build up in the engine and extremely high oil temperatures causing engine damage which is seriously expensive. The 4 cylinder engine is slightly more forgiving but still requires regular maintenance and oil changes. Servicing for the 4 cylinder diesel engines is slightly more expensive than other vehicles due to the fact that the sump holds 9 litres of oil! However, these 4 cylinder diesels have stood the test of time and are extremely reliable for a modern engine.

The engine can suffer from water pump failure, which needs to be monitored closely. Aside from this high milage examples can require servicing of the fuel injectors and leaking injector seals, which can present with large amounts of soot or sludge weeping under the rocker cover area – known as black death. It pays to check the seals regularly and even replace them as a precaution at the 200,000km mark, as when the seals leak and expensive and time consuming clean up process will occur.

The Mercedes Vito w639 model is a reliable car which will offer many years of service at a reasonable cost, with regular maintenance. The car like ride of the vehicle is popular with all types of owners including trades people, and families which opt for the extra seats. 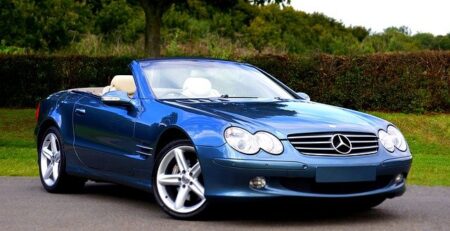 Get Your Brakes Replaced by a Mercedes Specialist in Adelaide

Your Mercedes is fully equipped and intentionally designed to provide you with all sorts of safety measures while driving.... read more